Autism Berkshire members heard last night at its AGM that the charity had “a very positive message”, amid a challenging time for the voluntary sector.

Speaking at the meeting, held at Battle Library in Reading, the chair of trustees, Ewan Duncan, said that the reduction in public sector funding and grants posed a “constant daily challenge” but that financially the charity was in a good position.

The AGM also heard about the positive impact that new services launched in early 2016 and developed in 2016-17 were having among children, young people and families living with autism. In addition, two new trustees were elected to the charity’s board.

Ewan said that in the two previous financial years, Autism Berkshire’s spending had exceeded income, but that 2016-17 had seen a major improvement and “by March 2017 we had a noticeable surplus of of income over expenditure, so that’s what we have turned around and it puts us in a very good position and gives a very positive message”.

He added: “It really has been a challenging time for the charity – please don’t underestimate what that means. We have done very well to consolidate the position we are in and to continue to deliver a wide range of services across Berkshire.”

He praised chief executive officer Jane Stanford-Beale and staff for the effort put into seeking funds, trimming costs and reappraising which services could and could not be delivered.

Giving her report on activities in 2016-17, Jane said that she was particularly proud of the new services that had been introduced to support parents and carers, especially those with children on the waiting list for autism assessments, using funding from the Berkshire NHS Clinical Commissioning Groups.

She said: “This was a critical change, as the NHS was finally acknowledging that a two-year waiting list wasn’t appropriate for children who were struggling at school, with no support during that time.”

“We are now able to support them from the moment children go on the waiting list and schools can provide needs-led support from that point as well.”

The extra services included pre-assessment workshops for parents and carers to help them during the wait, support groups, youth groups and a successful trial of National Autistic Society Autism Seminars for Families in the east of Berkshire, which had since been provided in the rest of the county as well.

Jane added that the new youth groups in Slough, Windsor and Wokingham, along with existing groups in Reading, Bracknell and West Berkshire, were “very successful at helping to increase friendship skills in children, building their self-esteem and generally supporting the children and their parents – and parents tell us that it has helped improve their children’s performance in school, so we are very pleased with these groups”.

Demand for other services, particularly the Helpline, Home Visits and advice from Kevin Jackson on benefits applications, remained at a high level, a trend that had continued into 2017-18.

The two new trustees elected by the meeting are:

Among other matters raised during the AGM was whether the Bear With Me social group for autistic adults, which meets in Maidenhead, was becoming a victim of its own success. From a handful of members when it was formed in 2007, it now has more than 70 people on the register.

In response to a question about whether there was scope to also provide some smaller groups, Jane said: “It isn’t suitable for everybody, so we will be discussing it and looking at what other things we could do.”

Before the formal business of the AGM, members were able to see display panels from the British Library’s current Harry Potter: A History of Magic exhibition and watch a screening of a talk held in conjunction with the exhibition, called Brooms, Wands and Cauldrons: The Instruments of Magic.

Download our tips to prepare for the return to school

Supporting you and your family through the summer 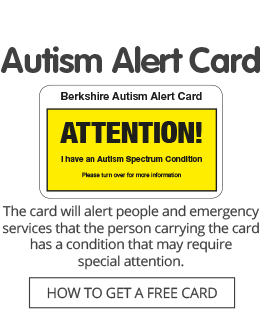