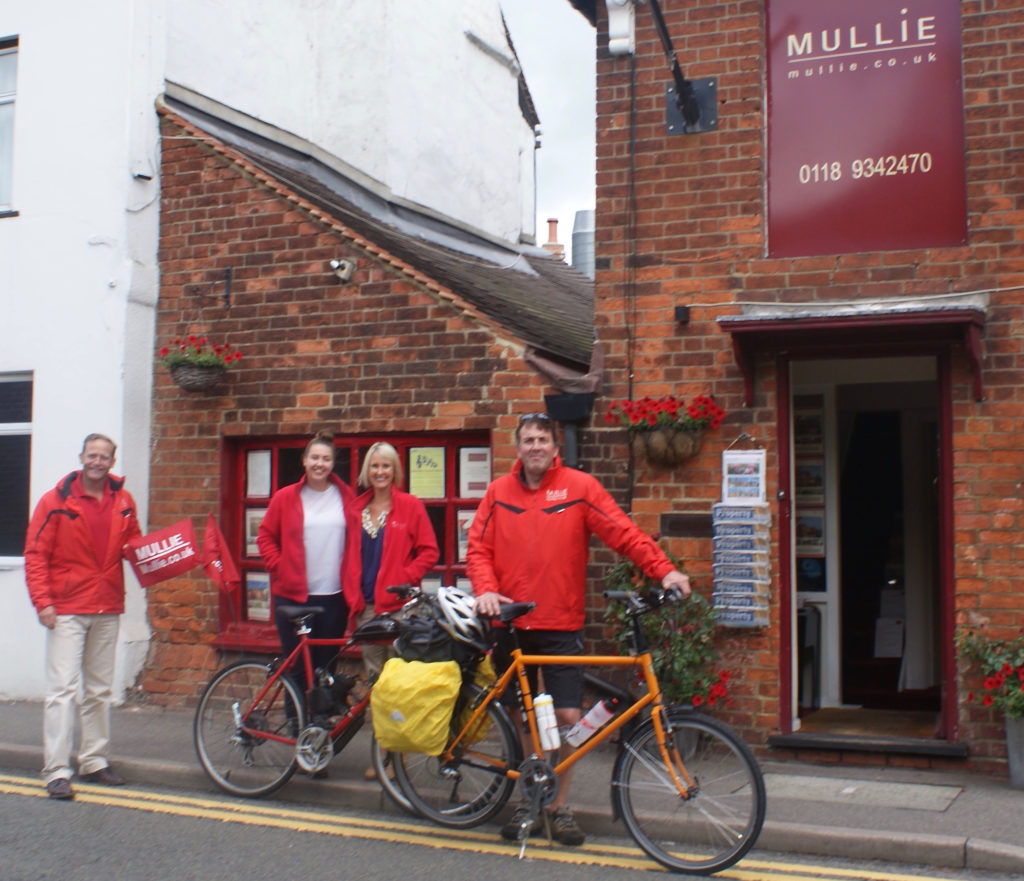 Adrian Bird is pictured, right, before setting out on his challenge outside Mullie’s office with, from left, Mullie Davies, Lauren Stearman and Julie Thompson

Looking for a special way to celebrate his 50th birthday, Sonning Common man Adrian Bird has taken on a 50-day solo cycling challenge across 10 European countries to Istanbul in Turkey raise funds for Autism Berkshire.

He chose his destination by multiplying 50 by 50, then checking which places were 2,500 miles away, before selecting Turkey’s biggest city as his destination.

Adrian, who is a painter and decorator, set out on Tuesday, July 7, riding to Dover before boarding a ferry to Dunkirk, then heading north to Rotterdam in Holland to follow the rivers Rhine and Danube all the way to Romania, before crossing Bulgaria to reach his destination. He is camping in a tent along the way.

He was inspired to take on the challenge and to support Autism Berkshire by his grandnephew George, who attends Brookfields School in Tilehurst, which specialises in working with autistic children.

It is not the first tough test he has taken on, having already completed a John O’Groats to Land’s End cycle ride, the Three Peaks Challenge and the Marathon des Sables ultramarathon in the Sahara Desert.

Adrian, who turned 50 last week, said: “I looked for somewhere that was about 2,500 miles away and thought ‘go for it’. I’ve done a few adventures before and love a challenge.”

Eight days into the ride, he has already raised more than £700 in sponsorship.

His ride to Istanbul is being supported by Mullie Estate Agents in Twyford. Director Mullie Davies said: “We agree with Adrian there couldn’t be a more positive way to celebrate this auspicious birthday.”